The coming of the canal led to a rapid growth in Northampton's population and fortunes. Before the canal, Northampton had relied on the River Nene and the national network of turnpike roads to transport goods and materials to and from the town. But it took 20 years' of political manoeuvring before the town was fully connected to the canal system.

As an interim measure, a horse-drawn railway from the mainline canal at Blisworth/Gayton to Far Cotton was built. This was completed in 1805 and served the town for 10 years until, eventually, in 1815, the Northampton Arm of the Grand Union Canal was complete.

A huge crowd turned out to see the first boats arrive on 1 May and from then on the arm was used to carry huge quantities of merchandise. Even the arrival of the railway in the 1840s, the canal was still in common use.

The canal changed Far Cotton in many ways, as industries, including breweries, timber yards, storage wharves and foundries grew up around the waterside.

The Northampton Arm falls 109 feet (33.5metres) over 4.5 miles from the Grand Union main line at Gayton Junction, through 17 locks to the Nene at Northampton, and carried steady traffic until the end of commercial carrying in the late 1960s.

It has witnessed many changes, including the construction of the M1 motorway, and later the Blisworth bypass (A43). Even so, the Northampton Arm is still one of the unsung attractions of England's canal system, with enormous character. Moreover, with the completion of the Milton Keynes to Bedford waterway in 2010, it figures more prominently as a key link in a newly created "ring" that takes in taking in the canal system, the rivers Great Ouse and Cam, the Middle Levels and the river Nene.

Read an article from Waterways World magazine about the history of the Northampton Arm and its 200th anniversary.

Read an article about the Northampton Canal Railway 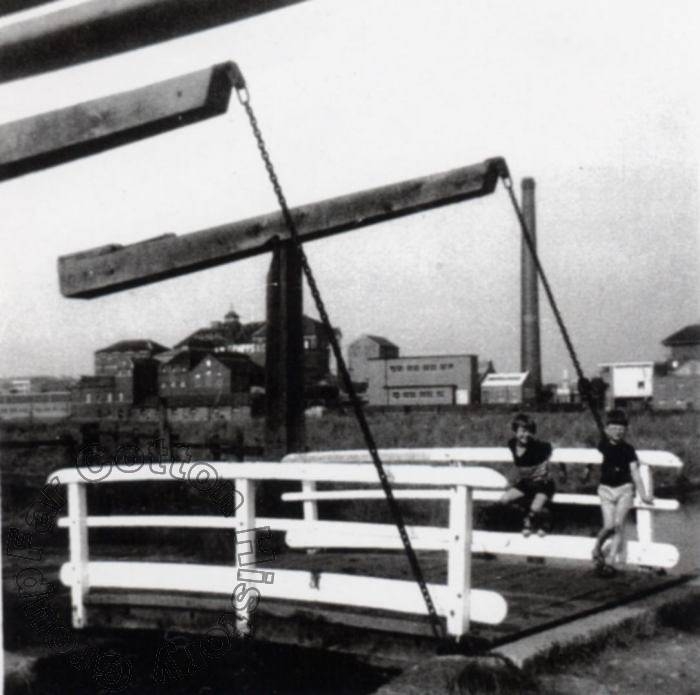 The canal swing bridge near lock 17.