Joan Cherry shares memories of Far Cotton and a beautiful photograph of her father, Percy Martin, who was a tobacconist and hairdresser. 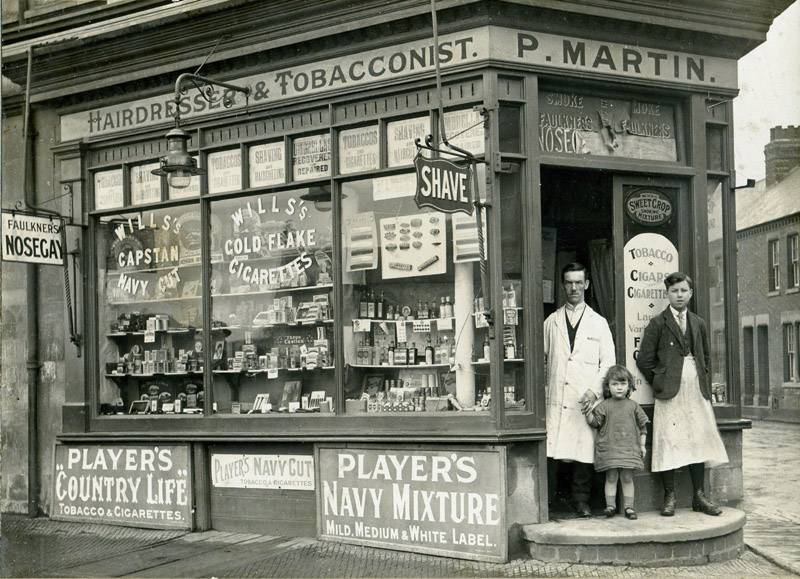 “The photograph shows my father on the steps of his shop. My sister and his apprentice hairdresser are with him and the date was 1923.

“My father, Percy Martin set up his business after his demobilisation. He served in the First World War. I believe the shop was unoccupied when he moved there in 1919.

“I was born in 1924 at Towcester Road and at that time there were fields where the library is today.

“The tram terminal was at St Mary’s church, and as children we could go through the fields from Towcester Road to London Road.

“There used to be annual fairs on the waste ground at the end of Delapre Crescent Road.

“I went to Far Cotton Junior and Infants School from 1929 to 1935 and at that time our entrance was in Alton Street, which, along with the Clinton Arms, has gone with the building of the road into town.

“I remember the opening of the Tivoli Cinema. The first film they showed was A Midsummer’s Night Dream.”