"What I do remember of the early war years was that we shared our school with one from North London (Wilsden, I think), and for some time we were at school on a part time basis, ie long mornings one week and long afternoons the next, instead of the usual 9.00am to noon and 2.00pm to 4.00pm or 4.30pm. I started at Far Cotton Infant School immediately after my 5th birthday in 1938, went on to Junior School and was at Rothersthorpe Road from 1944 - 46 before ending my school days at Northampton Technical High School from 1946 - 48. (It became Trinity Grammar School)." Doreen Findull

"During the war years we had to carry a chair each to our billets in Abbey Road Baptist Church rooms on the days when we were too overcrowded. We had classes of 50 pupils, and for a time we rotated lessons on mornings one week, afternoons the second week. This was when the evacuees arrived, mainly from London. We also had Canal children in our classes occasionally. They lived on the barges and narrow boats and when these were due to be moored at South Bridge wharf for three or more days the children were required to attend school. We saw some of them on an almost regular basis over the years. The Main Road School catered for us from 5 years to 11 years, with a "first" class where there was a rocking horse to ride on your first day and Father Christmas arrived in the huge fireplace grate in the second classroom. We had a third of a pint of milk each day, which was put on the warm radiators to warm if we liked it that way. Our PE (gymnastics) consisted of running, skipping etc. games in the tarmac covered playground and oval rush mats to sit out on." Margaret Scott

"A memory which remains with me from the 1940s is the use and misuse of Air Raid Shelters. I don't remember them being built but that's understandable as in August 1940 when they were solidly in place in the street outside our house in Queen Eleanor Road I was but two and a half years old.

"Notice the words 'solidly in place'. They did take quite a bit of space in the street. No windows of course. I seem to recall slatted gate ends for access.

"We did evacuate to the shelters from time to time with blankets and some kind of emergency lighting such as torches and candles. Going in held no fear for me as far as I can remember because this was a time when Mrs Tilling from two doors up brought in refreshments to be shared. Whole packets of biscuits!

"A later photograph (date unknown) but maybe taken late '40s shows no evidence of shelters in the street. I remember the machine that came with a large concrete ball attached that would bash into the walls of the shelters as they were now redundant. In the months before demolition the gated ends became damaged and access was possible. It was forbidden to enter but some of us street kids dared each other to run through the darkened interior which was a spooky experience! Going in then held fear!

"There is little evidence left of the Queen Eleanor Road shelters, but a walk up London Road even now might give a hint of the shape on the pavement where once a shelter stood." 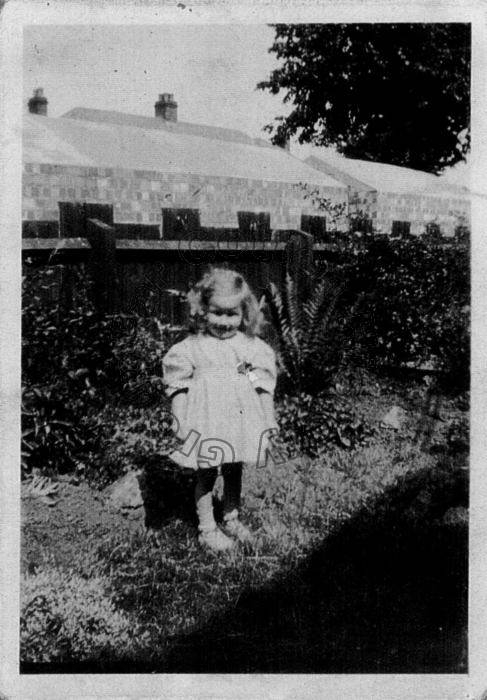