The Far Cotton Working Men's Club was established towards the end of 19th Century. The original building on Main Road burned down in 1959. Members erected a temporary club hut until a new club was built on the same site. The Cotton Club continues to be a popular venue with a busy events and entertainment programme.

Article from the Northampton Independent, July 1958

WHILE many Northampton town centre clubs complain of memberships being whittled away by the movement of population towards the outskirts, one club in the same area is actually experiencing an increase in membership! Far Cotton Working Men's Club is in the old part of the district which is scheduled for industrialization. Already many residents have moved out to the new estates, yet they still come to the club some of them from the other side of Northampton, A good proportion of them are employed in or near Far Cotton, on the railway or at a nearby motor works and foundry. These and the others make up a total membership of 560 members a number which is gradually rising, says secretary M. D. C. Green

One of the older, Northampton clubs first meeting was held at the White House now the Clinton Arms, Far Cotton, on October 11. 1879. It was attended by the surprisingly large number of 60. Some of older people may remember the first chairman. the late Mr F Letts, and the secretary the late Mr. A. F. Lines.

Incidentally, at that first meeting, a committee was formed for UK purpose of drawing up rules for the club to be submitted at a general meeting a week later. They must have worked hard to have completed them in the time. Still " regulars" at the club are four men who were members when it moved to the present premises opposite the Crown Foundry in September, 1907, They are 86-years-old Mr G. Humphrey, Mr. E. Minards, Mr. F. Wright and Mr. " Bob " Spiller, one of the club's " characters" all of whom are nearly 80.

The club was affiliated to the Club and Institute Union shortly after its inception, in May 1898. It celebrated its 50th anniversary in the present premises last year with a jubilee festival week. During the week, they had, among other things, a charity concert, a whist drive, a band concert, film show, a sing-song recalling the hits of the last half-century, and a carnival dance. Large sums have been raised by the club for charity, including the record sum of £50 in 1953 for Northamptonshire Town and County Blind Association (Working Men's Committee) and £74 for spastics in 1954.

President Mr. Harry Luck has held office for 14 years during which he has seen the club go from strength to strength. During that time, many changes have been made and the officials go to endless pain-to ensure that the club arrangements and lay-out are the best possible. To quote Mr. Wilfred Harris, whose father was a founder member of the club: "The billiards table has been up and down stairs countless times to find the most suitable place for it." Now it is situated in the upstairs concert hall. Some measure of the Far Cotton club's success may be attributed to the fact that it is a family club. Wives and children are welcome. In one respect, at least, the wives have out-done their husbands and now have their own darts team something which the men of the club cannot boast.

Carnivals are held fairly frequently when special games, dances and competitions are run for the children. At 9.0 p.m. promptly, the children's time finishes and the adults take over. Perhaps the largest measure of credit for the success of this thriving club must go to the active committee. " If you have an active committee, members tend to cultivate interest in the club among their own acquaintances and friends. It's like a snow ball the more activity, the more interest." said Mr. Green. "The club belongs to the people of Far Cotton. 1 think this local patriotism operates more in our case than, perhaps, in any other club in the town. The people who live in the old part of Far Cotton hold it in particularly high regard." Mr. Green, by the way, lives at Wootton. There is no apathy in this club. The members and officials all take a keen and affectionate interest in it and. as long as this happy state continues. its future is assured. 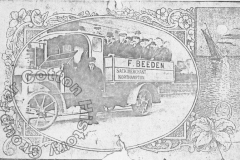 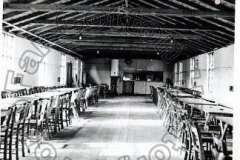 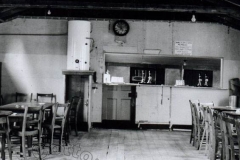 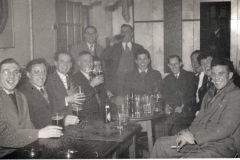 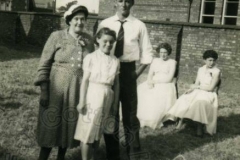 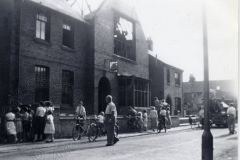 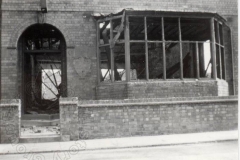 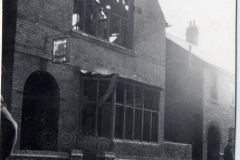 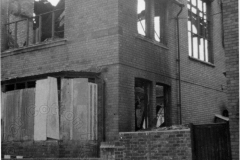 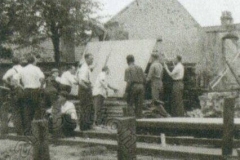 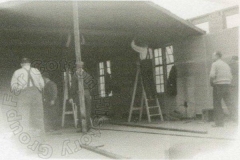 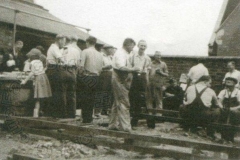 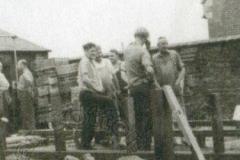 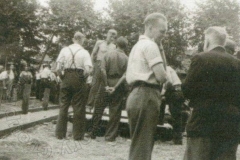 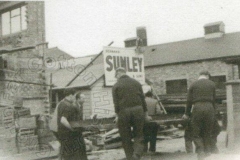 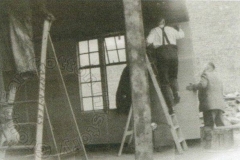 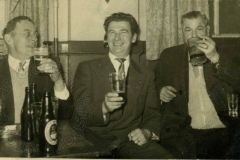 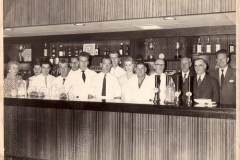 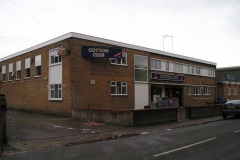 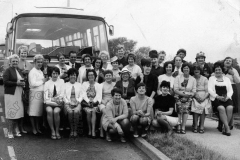 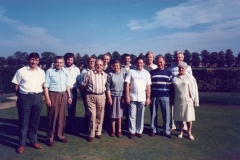