In 1863, the Northampton Primitive Methodist Circuit acquired premises in Henley Street. The chapel, believed to have been used by the Baptist movement, was purchased for £237.12.8d.

The cause progressed, and this chapel was demolished some 20 years later to build a new one. The foundation stones of the Henley Street Chapel were laid on 2 August 1888.

Worship continued, and after the end of World War I, Far Cotton began to develop east of Towcester Road. In 1903, the circuit ministers were Rev Fred Winterburn and Rev Arthur Goodall, and meetings at Henley Street were on Sunday at 2.30pm and 6pm, and Tuesdays at 7:30 pm.

In 1920, Far Cotton Trustees took the momentous decision to build a new church nearer the new housing areas. In the same year, land at the corner of Towcester Road and Southampton Road was bought for £850.

George Baines and Sons, well known architects of very many Methodist Churches, were commissioned to prepare plans for a new "School-Church" on this land. (Their fees eventually amounted to £244.12.7!) 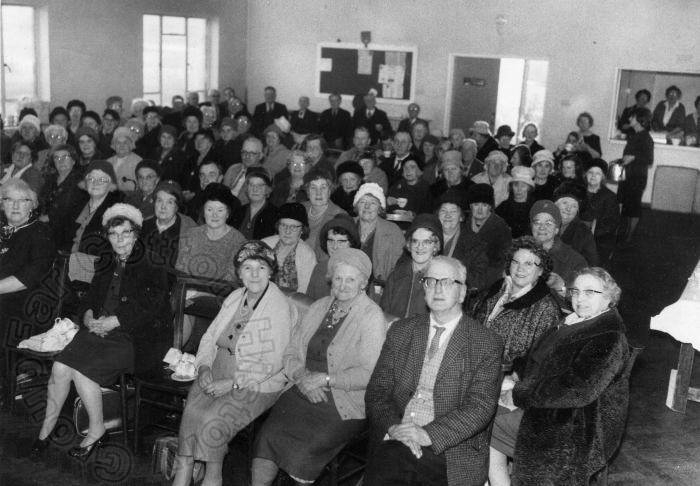 At the beginning of 1923, a contract was placed with Henry Martin Ltd, a local firm for the erection of the new building in the sum of £3930.13.10. The iron railing and cupboards were extra to the contract and cost £126.7.6.

The Stone Laying ceremony took place on 7 July 1923. £100 was raised on that day alone. Fundraising efforts continued and the new School-Church was opened on 31 January 1924.

The first preacher on that afternoon was Rev HQ Pickett, a former minister at Kettering Road Church and then Principle of Hartley College, Manchester.

The Henley Street Chapel was sold to the Salvation Army for £500. It was used by them for some years, until it was sold for commercial use. It was demolished in the early 1970s to make way for the new industrial estate.

The old Henley Trust account was closed on 31 December 1923 with a balance in hand of £75.18.2, which amount opened the new Trust account of Towcester Road Church.

The remaining years of the 1920s were spent in enthusiastic fundraising efforts to help pay off the debt: bazaars, concerts and efforts of all kinds.

The remaining land at the corner of Towcester and Southampton Roads was now used as allotments by Joe Brookes and Charlie Coley, both Methodist stalwarts, the latter being Chapel Steward for very many years.

The early 1930s under the Rev WB Barton was the heyday of the Young People's Guild. They took part in ambitious outings, sometimes quite far afield, and produced annual musical plays of a high standard.

In 1933, Rev BJ Coggle came to Towcester Road from Walkden in Manchester. His name was soon well known throughout Northampton through his prolific writing to the press. He championed the cause of pacifism and total abstinence with amazing vigour. He took part in public debates at the Guildhall and earned the highest respect, even from those who totally disagreed with him.

By this time the allotments were getting rather to much for Joe and Charlie and the Rev and Mrs Coggle felt the land could be turned into an ornamental garden. Turf was cut from a field at Astcote to create the lawn. Rustic arches were erected and on the 19 October 1935, hundreds of rose trees were planted by their donors at a Rose Planting Ceremony. Towcester Road became known as "the Church in the Garden".

Rev RJ Connell (later to be General Secretary of the Methodist Homes for the Aged) was at Towcester Road in September 1939 and he and Rev TD Meadley carried the church through the difficult years of World War II. It lost all its young people, but the older generation rallied. They started and continued throughout the war, a comprehensive News Letter Service and Gift Scheme which kept in touch with all members away on War Service.

The Primary Room was taken by the Local Authority as a school for evacuee children, and thus the church acquired the small wooden chairs which still occasionally appear at Auctions.

During the war, the organ from the old Horsemarket Church was obtained and installed, with a dedication service on 11 February 1943.

In 1947, an emotional "welcome home" service was held in the church for all those members and friends who had returned from the war, saddened perhaps by remembrance of those who had not.

The Youth Club, under the enthusiastic leadership of Bert Berrill became a vitally important part of the church's life, as did other Young People's organisation, and a decision was made to erect a temporary prefabricated hall. In 1948 the first Epworth Hall was opened by the Mayor, Mrs H Nichols.

In this new hall the young peoples organisations flourished, and in 1955, the decision was taken to build a permanent hall, again to be called the Epworth Hall.

The Stone Laying Ceremony took place on 30 June 1956 and the new hall was opened on 6 December 1956. The cost of the new hall was £4500 almost exactly the same figure as the building and equipping of the church in 1923.

From its opening the hall was in constant and effective use, and facilitated youth work and that of the Sunday School. During those days the Towcester Road Mission Band was formed.