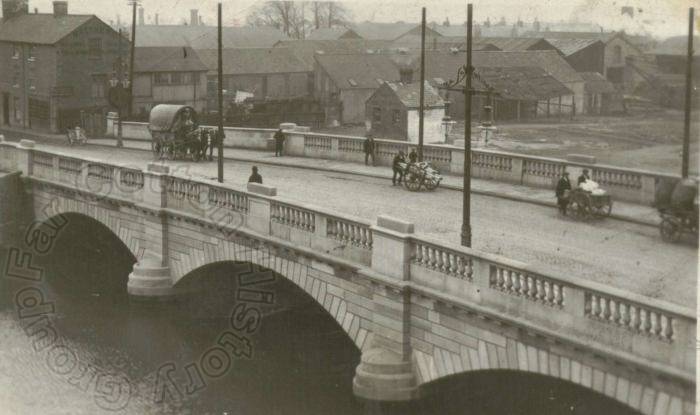 The Records of the Borough of Northampton (1898) include the following description of the area immediately across the River Nene from Cotton End:

"The south gate, however, which was the entrance from London was one of the most importance. It was separated from the bridge by a considerable interval, which was eventually built over, termed the outer south quarter, or more usually the south quarter, or even by the still shorter name of the quarter. Close to the south gate, just outside the wall, was the hospital of St Thomas of Canterbury, but a a far older foundation than this was the bridge chapel, also dedicated to the same St Thomas, which stood partly on the bridge piers on the further Cotton side of the water.

From this circumstance the south bridge now and again went by the name St Thomas' bridge. There was a second strong gateway on the south side on the bridge itself, and in front of this archway there was no regular causeway, but a drawbridge fell down between the piers. On the piers at the town end of the bridge there was a small hermitage and other tenements."

Maintaining South Bridge (and West Bridge) was not easy. In the early 17th Century, the bridges were described as "ruinous" and funds were raised for their repair. South Bridge was repaired in 1621 at a cost of £20. It wasn't enough. In 1665, the town raised £100 to rebuild South Bridge, which was by then so unsound that it had to be completely rebuilt almost from the foundations. But in December 1666, before work could be completed, there was a great flood that washed it all away again. Northampton's unhappy tax-payers had to foot the bill of another £300 for a brand new bridge.

One hundred and fifty years later, a new South Bridge was again required. An Act of Parliament dated 14 July 1814, gave Northampton permission for "taking down, widening and rebuilding the Bridge over the River Nine or Nen, at the South Entrance of the said Town, and improving Avenues to the said Bridge." According to the Records of the Borough of Northampton, the act recited that South Bridge was now so "ancient, narrow, inconvenient, and dangerous" that it had to be replaced. The Act gave the town authority to appoint commissioners to oversee the work, to extract stone and other materials from Northampton Fields and the parish of Hardingstone, and to buy certain properties at both the town and Cotton ends of South Bridge so that they could be demolished to make way for the new bridge. The new bridge was to be a "substantial bridge of iron, stone, brick or other materials, of a width not less than 25 feet nor more than 40 feet, on or near the site of the south bridge and to deepen or make the river wider or narrower near the bridge." To pay for the work, the commissioners were empowered to borrow, to raise a levy on rates and to maintain a toll house in Cotton End and take tolls for 21 years on all carriages, carts or animals, with certain exceptions. There were also penalties for any person causing an annoyance by riding or driving on footpaths, damaging the bridge or any fences or posts, and for drawing wood or stone over the bridge except in a wheeled carriage. If that wasn't enough, there were also penalties for taking a wheelbarrow on the footpath; rolling casks for 40 yards; washing casks or killing animals in the street; exposing goods for sale, making bonfires, firing guns, throwing fire crackers, or leaving carriages, carts or animals unattended!

A temporary bridge was provided before the old bridge was demolished and on 5 April 1816, the Marquis of Northampton laid the first stone. The new South Bridge opened in 1818.

In the revised edition (1831) of The History of Northampton & Its Vicinity, the new South Bridge is described as "very handsomely built with stone, having three elliptic arches, the centre considerably exceeding the other in its dimensions; the finishing of it redounds highly to the credit and abilities of the architect... many other alterations and additional buildings, such as wharfs etc near the southern extremity of the town , afford every reason to suppose that the inhabitants of this place and neighbourhood, may anticipate considerable future advantage by the increased facilities thus afforded to general commerce." 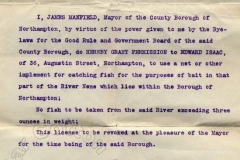 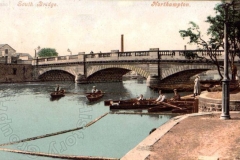 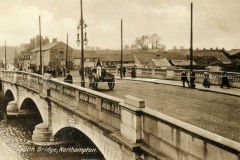 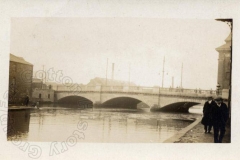 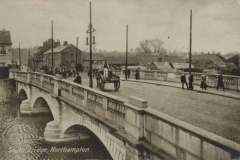 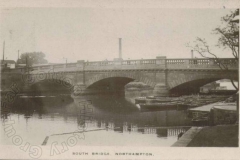 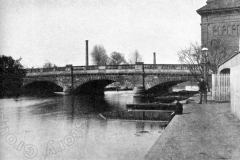 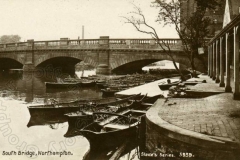 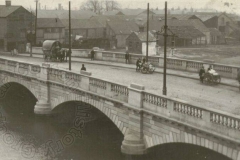 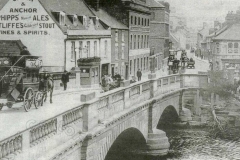 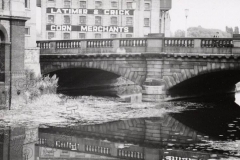 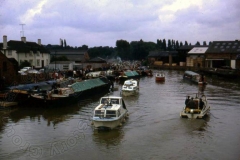 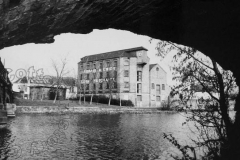